WHY EVERY ENTERPRISE NEEDS HONEYPOT SECURITY

“Sandboxing” was derived by Carnegie Mellon University in the early 1970s to describe the process of testing artificial intelligence applications in separate, secure environments. Today, sandboxing is used by many popular applications outside of artificial intelligence but still refers to the process of running code in a controlled environment. By testing new, experimental code in a completely separate environment, developers prevent one bad string of code from infecting an entire network or from causing a system failure.Sandboxing also allows analysts to securely dissect older code they think may contain malware. By isolating the environment in which code is run, analysts can evaluate that code for possible infections that may have already infiltrated a system and prevent malware from spreading further. This process also allows analysts to learn more about malware markers and help avoid future threats.

The term “honeypot” was originally coined by Clifford Stoll in his book The Cuckoo’s Egg to describe the method he used to stop an international spy organization. Even after Stoll’s innovative use of honeypots in 1986 to halt international espionage, honeypot software only first became widespread in 1999, after companies and research organizations started using honeypots to study how hackers interacted within secure environments. Honeypot security creates a vulnerability in the host’s servers that is deliberately highlighted for hackers to use. By leaving seemingly important information vulnerable to attack, companies attract hackers to these false environments. This practice of tricking hackers can waste attackers time and resources and allows companies to monitor an attacker's methods to help counter future infiltrations. 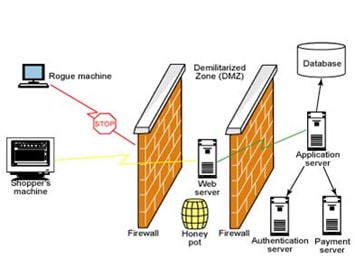 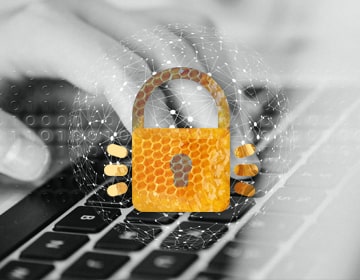 RevBits Deception Technology is a fully automated honeypot software that provides insight into network attacks so enterprises can detect, track and respond to sophisticated cybersecurity threats in real-time. With RevBits deception solution, businesses can detect and learn from cyber attacks that other cybersecurity software would not even reveal. As cyber attacks continue to grow in the years to come, it is vital that companies remain vigilant and proactive with next generation cybersecurity tools like RevBits Deception Technology.

Deception software aims to learn about the types of attacks that hackers are deploying before businesses suffer from actual cyber attacks. In the past, these types of advanced security tactics were only accessible to high-level institutions, such as governments and financial institutions. Now, with RevBits next generation technologies, any business can be proactive with top-tier cybersecurity solutions.

Use RevBits Deception Technology to be Proactive About Cyber Defense

RevBits was started to improve…

What Hysolate means for Perception…

PowerDMARC partners with Channel Next…